The Supremes Rule Against Texas 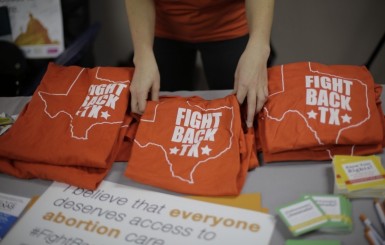 Well the great state of Texas has been kneed in the gonads and good riddance. As a proud son of Texas, I have been disheartened by Texas politicians and their disregard for the rights of women. The “new” Republican Party has tried over and over to restrict the freedom of choice for women in regards for their bodies.

Roe v Wade has become a distraction for our politicians, who should be worrying about getting people jobs and fixing the economy rather than tilting at windmills like a bunch of crazy Don Quixote’s, with a coat hanger.

Today the Supreme Court ruled against Texas’ overreaching regulations regarding women’s health organizations, where abortion services are provided. It will be interesting to see what Texas politicians do next as well as the many other states who have enacted similar legislation.

We need to quit worrying about gays and women’s rights, so that this country can move forward.

Larry Archer's the name, smut's my game. I am a writer of erotic literature that's generally always HEA (Happily Ever After), which typically involves no regrets sex. I write in a humorous style with a plot and suitable for reading with one hand. My stories are full of sexual situations that are often taken straight from our swinger lifestyle in Las Vegas. If you want to enjoy erotica, where every page is dripping with action, give me a try.
View all posts by LarryArcher →
This entry was posted in Miscellaneous, News, sexual awareness and tagged abortion, supreme court, Texas, women's liberation, women's rights. Bookmark the permalink.

7 Responses to The Supremes Rule Against Texas