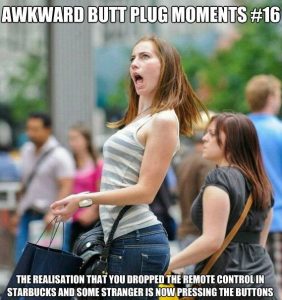 Greetings fellow writers of smut, Larry Archer here. For this post, I’d like to talk a little more about the self-publishing game.

A lot of authors have mentioned the concern they have of the self-publishing mechanics which may be holding them back from taking the plunge.

I realize that it’s easier to just type up your manuscript and send it off to the publishing house and let them deal with all the dirty work, but you may be leaving a lot of money on the table when you do this.

From what I can see, sending in your manuscript for possible inclusion in an anthology results in about a $50 payment plus a copy of the book. Certainly, you may be offered more or less, but typically you will be given a fixed amount of money for your labor.

Think about a possible alternative, divide the money you could potentially receive by two and that’s roughly the number of stories you would have to sell to break even. Then once you break even, it’s all gravy after that.

Before you start rolling your eyes, consider this. A sales ranking of 100,000 should result in the sale of 30 to 40 copies per month or $60 to $80 per month profit per published story.

When your ranking drops into the top one-hundred, you could easily be selling thousands of copies per month and be waited on hand and foot by nubile scantily clad servants who are busily stuffing grapes into every one of your orifices.

From what I’ve seen, this estimate is relatively close. A 100,000 sales rank should return sales in the 30 – 40 per month bracket, but your mileage may vary.

But let’s not get carried away here, the cold, cruel truth is that assuming you are a decent writer of material other people want to read, you’ll likely have a sales ranking around a million. At least that’s what you need to shoot for initially.

My point is simply that if you take the plunge and try self-publishing, then it is possible that with a number of stories published you could be pulling in a few hundred dollars per month. This would easily vault you past the single payment you receive when publishing in an anthology.

In an upcoming post, I’ll talk more about tools that can help you determine where you stand in the various rankings but I just want you to consider self-publishing.

Another benefit of self-publishing is that you have complete control over your story. When you deal with a publisher, then you have to first convince them to accept your work, and often beyond that point, there is a limited amount of control that you can exert.

A good example is search keywords to allow your readers to find you. Often these are determined by someone who may or may not have read your story and realized what a wonderful writer you are.

We all have a fear of the unknown, especially when it involves whips and chains, but that’s a whole different post. It’s sort of like a guy sitting at the bar, two stools over from a woman who is drop-dead gorgeous.

While he’s trying to build up his courage to talk to her, another guy slips in between them and sits down. The new guy leans over to the beautiful woman and asks, “Would you like to fuck?”

To which, the woman slaps the guy as hard as she can, calls him an asshole, and walks away.

While the cad is rubbing his cheek, the first guy says, “I bet you get slapped a lot with that line?” To which, the other guy replies, “Yeah, but you’d be surprised at how often I get laid!”

The moral of the story is you don’t get if you don’t ask. Your customers are not going to bang on your door and beg to buy a copy of your latest story.

For those who are hesitant about self-publishing, ask yourself this question, “What’s the absolute worst that can happen to me?”

Aside from the ones who write you and say, “You Suck!” or the old blue-haired lady who cancels your library card, that’s about the worst of it. It’s not like some guy with a broken nose is going to show up at your front door.

If you need further reassurance and cover, tell them, Larry, made me publish my drivel and then they can tell me that I suck! So now that you don’t have anything to worry about, dust off that manuscript and let’s see if we can make you rich.

After all, 50 Shades made millions and most of us would be ashamed to admit that we wrote crap as bad as that. Certainly, you can do better, can’t you?

Going forward, I’d like to help you with the process. Now, I can’t guarantee that I can help with your English, but I can help you package your story and get it out to your adoring fans.

See you next time and remember to stop stroking when you start needing glasses. Otherwise, you might find out that your Mother was right!

Now on a personal note, I’d just like to give a shout out to Lisabet Sarai, who I consider a good friend and inspiration. She and I published two stories concurrently at the end of last year, Hot Brides in Vegas and Nina, The Fallen Ballerina.

The two stories were well received and both were themed in Foxy and Larry’s world of swingers and strip clubs. It was fun and certainly interesting on how Lisabet portrayed the regular characters in my Foxy and Larry series.

I’ve published some 15 or so stories using these two characters whose roots grew out of our experiences swinging. Working with Lisabet taught me to make sure and flesh out your characters in every story to ensure your reader understands and can picture them instead of assuming they have read about the character in a previous story.

F&L series stories tend to flow from one to the other and characters are often introduced and built up from story to story. The whole chain of stories is sort of like a Roots or Godfather series except not on television. What I didn’t take into consideration was that readers may not have read all my books. Shame on you!

Another lesson in the road to becoming hopefully a better writer.

She’s helping me with one of my latest books based on an actual event where one of our neighbors crashed our annual New Year’s Eve party. While the actual event didn’t turn out quite as perverted as the resultant story, it could have. Lisabet has been instrumental in helping build a number of the chapters and helping to brainstorm the storyline. Thanks, Lisabet!

Wifey and I still laugh about that episode. We try not to make friends with our neighbors as bad things can happen innocently. But we had become friends with this straight couple, who live a couple of houses down from us. Our lots are pretty big and they were a little over a block in distance from us, so not like they are right next door.

After every New Year’s, they would always comment on the number of cars parked around our house and we would excuse not inviting them because they had said they were going to another party.

Then one year, sometime after midnight the doorbell rings and I stupidly answer the door. I find the couple from down the street, all decked out in a suit and fancy dress. Keep in mind that these people are really straight!

I’m wearing a bathrobe and Foxy is in long johns, unbuttoned down the front and with the back flap open. There is a picture of her with some of the girls here. Voyeurism at these parties is worth paying for. LOL

They were standing in the entry foyer with their mouths hanging open looking at the pile in the living room. After leading them to a quiet corner, we told them that they were welcome to stay but not to talk about what they saw or experienced. Anyway, our shocked neighbors soon departed except I got the impression the wife wanted to hang around.

That’s a thumbnail sketch of how the idea for the story got started and you’ll have to buy a copy to find out who did what and to whom. The title is still up for grabs, “The Neighbors,” “Our Nasty Neighbors,” or “Crashing a Swinger’s Party.”

See ya next month,

P.S. If you have any topics you’d like me to opine on or any suggestions, email me: Larry <at> LarryArcher <dot> com. For a laugh, check out my Twitter ads: http://bit.ly/2FtFzpG