Welcome to Larry Archer’s World for Adults Only 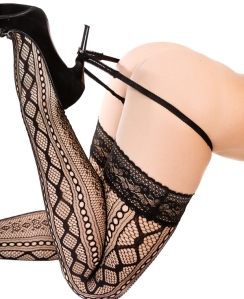 They are perfect for those times alone with your tablet, phone, or laptop and a box of Kleenex. I also blog on the world of swingers in case you’re interested. My Smut is great when the only strange stuff you’re getting is your left hand. Or it’s been so long since you’ve had sex that you can’t remember who gets tied up!

END_OF_DOCUMENT_TOKEN_TO_BE_REPLACED

“The Perfect Wife” is on the Final Lap

Posted on October 1, 2022 by LarryArcher

Without trying to pat myself on the back too hard, I honestly feel this is one of the best stories I’ve done to date. Humorous with non-stop sex, as usual, deals with a couple of MILFs falling from grace. The story is rapidly approaching 70,000 words and will immediately be released in print form after the electronic version is released.

Larry purchased his wife Foxy a penthouse condo just off the Las Vegas Strip in a compound known as The Towers. Fashioned after a real-life walled-in complex, The Towers are a four-block square of a city within a city. With twenty-foot-high outside walls and armed security guards, it is one of the safest areas adjacent to the famous Las Vegas Strip.

The Towers has bars, restaurants, gyms, pools, tennis courts, and any other amenity that could possibly be desired. Home to numerous movie stars and other well-known people, Foxy and Larry have a collection of friends they’ve met there.

I’ve sort of zeroed in on this for the cover image as I’ve got an idea for the print version of the book but hope that I’m not too smart for my own good!

KinkyLiterature is featuring Swinger’s Pool Party today on their site.

Foxy and Larry attend a pool party hosted by a couple of swingers they know. While at the party they meet a new couple, Mike and Cindy. While getting to know them, they introduce the husband to the Hotwife pool hostess, leaving them to take care of his wife.

In the morning, Cindy is introduced to the sexy widow who lives next door and comes over for coffee and early morning satisfaction.

My Life is a Blank Slate

Posted on September 4, 2022 by LarryArcher

As I sit in front of my twin 32-Inch displays, I contemplate the meaning of life. I enjoy looking at the blank monitors adorned with a picture of my wife almost buck naked except for a thong and red and white striped thigh-high socks. She’s holding a baby cougar that is hiding her naughty bits to keep WordPress happy. Of course, my copy does not have their identities obscured with redacted blocks over the eyes to protect the guilty.

In our travels, we’ve met many strange and interesting people. One of which is a couple who trains exotic animals for movies and television. The young cougar is currently an overgrown tabby who will grow up to stalk you in the night, but for now, he’s just a cuddly cat.

Labor Day Is Not for The Meek

Posted on September 3, 2022 by LarryArcher

It’s early Saturday morning in Vegas. Already 94 degrees and heading towards 110 or so. At least we don’t have forest fires to worry about. There is nothing much to burn in the desert. Foxy is still racked out after we barely got home before the birds started singing.

We met a nice couple last night while people watching. One of the hotels on the strip has a large hallway heading to the nightclubs, and it’s our favorite girl-watching site. There are benches along the wall. So we were sitting there checking out the ladies and comparing notes.

Two girls walked by in almost illegal clubbing outfits. Other than being blonde, one tall girl pushed all our buttons. She was around six foot with a slender build and long legs. Her mini-dress was barely long enough to cover the subject and cut low to expose her cleavage.

As we both sat there gaping in amazement, I heard a woman’s voice beside us, “That’s a tall drink of water!” Then, I looked up to see a gorgeous couple in their thirties enjoying the same view of the girl’s twitching ass.

Foxy and I laughed, and my wife said, “You caught us, but it looks like you were enjoying the view also.”

“Can we join you?” The woman asked.

A violinist, a violist and a seductress.

For twenty-two years, the Goldberg brothers – Richard on cello, Harvey on viola, and Albert on violin – have made music together, earning a decent living and a modicum of respect in the classical music community. When Richard’s sudden demise forces Harvey and Al to find a replacement cellist, neither can imagine how their new colleague will shake up their middle-aged lives.

Deidre Rasinovsky-Corbatta is an unlikely addition to the Goldberg Trio, a shapely siren with purple hair, scarlet lips, and a rose tattooed on her ample breasts – but she plays the cello like an angel. The passion she pours into her music spills over into her relationships with the two brothers. When both Al and Harv fall in love with her, will this tear the trio apart – or transform it?

Do Authors Run Out of Words?

It may be me, but it seems that my popular authors have all jumped the shark. When I’m not writing smut, I like to read crime and suspense stories by authors such as Patterson, Connolly, Brown, Koontz, Grisham, et. al.

I guess after making your first one hundred million dollars, you can start to sluff off and let someone else write for you. Nowadays, you pick up a book with your favorite author’s name splashed across the cover. Then in small type, you’ll see that some other aspiring author wrote the story.

Even books written by the original author seem to have gone downhill. For example, I just finished 6:20 from David Baldacci and was confused throughout the entire story. It didn’t seem to make sense in many places, and the book just seemed to jump around. I typically buy everything from one of my favorite authors sight unseen, but I’m starting to rethink that.

I learn something new every day, it seems. For example, I’ve just discovered that there is a Go Topless Day on the Sunday closest to August 26th.

Back in the Midwest, many of our friends were nudists and visited clubs in Indiana, Missouri, Florida, and Texas, but I’d never heard of Go Topless Day. We’ve been to several clubs, but Foxy’s idea of camping out is a Marriott with room service, plus the only good bug is a dead one.

We’ve got Black’s Beach on our bucket list but haven’t made it yet. It always surprised me that there was a nudist camp just north of Houston, yet after living there for a number of years never heard of it until we started swinging. While a fair number of nudists are straight couples, the percentage of swingers seems to be 20-25%, as a guess.

As a pornographer, I love my side-gig, writing dirty stories for perverts everywhere. In school and college, I hated to write. As an engineer, we, as an ethnic group, typically abhor writing, and I was one hundred percent in that camp.

The thing that made me figuratively take up a quill and ink well was wife swapping or swinging. For us, being in the Lifestyle has been fun and upbeat. It may be hard for straights to appreciate, but the incidence of divorce is almost unheard of in our circle. Most of the reasons to stray are eliminated by knocking boots with a friend’s wife. And knowing that your wife and her hubby may be watching and doing the same things themselves.

How we got into the party scene is a story in itself, and I should sit down and blog about it soon. When I suggested it to Foxy, she said, “I’ll give it a try.” But, I was uncertain and worried about how this would turn out. Finally, Foxy solved the problem by bringing home a couple she met at a bar. The rest is history.

It doesn’t take much to amuse me

Sunday is typically the day I spend sorting files on my computer and ensuring everything is backed up. This is when I often discover some gem I’ve forgotten about in my cornucopia of stuff on my computer.

I hate advertising, which is basically begging for money from my fans, but it’s somewhat necessary. My goal in writing smut stories has never been to get rich but to talk about stuff we’ve seen and/or done in our travels. A lot of the sales are turned around and pushed back out to advertisers that hawk my wares. I guess we are all pimps in one fashion or another, but that’s what makes the world go around.

Driving the Stripper Mobile is a story about Don, an ordinary guy who is down on his luck. While he was down, Lady Luck even gave him a couple of hard shots to the stomach.

Dumped by his wife and fired from his job, Don is befriended by a stripper and the club owner, who feel sorry for him. The strip club builds a truck with a clear plastic box on the back, complete with a stripper pole.