Going Over to the Dark Side 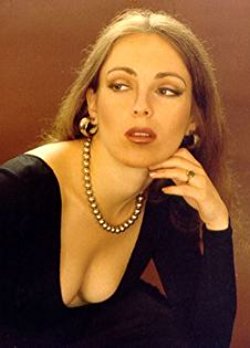 When I first began writing erotica, more than twenty years ago, I had no filters. I was writing to explore my own fantasies and to relive (and usually elaborate) my personal sexual adventures. I had no idea about genres, rules or prohibitions.

My first novel (Raw Silk) includes scenes with two women, two sexually-involved men and two women, three men and a woman, and so on (as well as many straight MF scenes). It had sex in a fountain, sex on a boat, sex in a Buddhist temple, sex in a restaurant. Various articles are inserted into various orifices, including chopsticks, a hairbrush, a bedpost and a mango.

The book also incorporates scenarios that would now be labeled “dubious consent” and even a golden shower (though the editor made me remove this before publication).

Gradually, I began to tame my imagination, for the sake of my bottom line. I tried to compartmentalize my fantasies, keeping the FF scenes for my FF fiction, the MM scenes for my MM fiction, and so on. I toned down my attraction for rough sex. I carefully omitted bodily fluids. I made all my characters eighteen before they even thought about sex, as ridiculous as that might be. I also avoided dark or ambiguous endings to my tales.

None of this really helped my sales. I wrote books that I thought were pretty good, but rarely did they have the dynamic energy I found in my early work.

Then I started hanging out with Larry Archer.

Online, I mean. I’ve never met Larry in the flesh (an idiom that I suspect is more than usually apt in his case!), but we began corresponding, reading and reviewing each other’s work, sharing personal stories and even trying to write together.

Collaborating on the actual writing didn’t go all that well. Our writing processes are too different. However, we seemed to catalyze each other’s imaginations. In particular, the world he has created in his Foxy and Larry stories seemed ripe with possibilities.

Two books came out of our initial attempts: my Hot Brides in Vegas and his Nina: The Fallen Ballerina.

Like so many of the characters in Larry’s books, I’d been seduced to the dark side. And I loved it!

Furthermore, the book sold surprisingly well, much better than most of my romance. Maybe that’s because readers could tell how much fun I had writing it.

We decided to try joint creation again, roughing out the characters and plot for Crashing a Swinger’s Pajama Party. We each wrote a few chapters before I threw in the towel. Once again our visions and our approaches clashed. Meanwhile, I was inspired to write a sequel to Hot Brides, entitled More Brides in Vegas.

Both of the new books will be out soon, as soon as we finish the editing. As with the previous pair, each of us is producing an introduction for the other’s book. 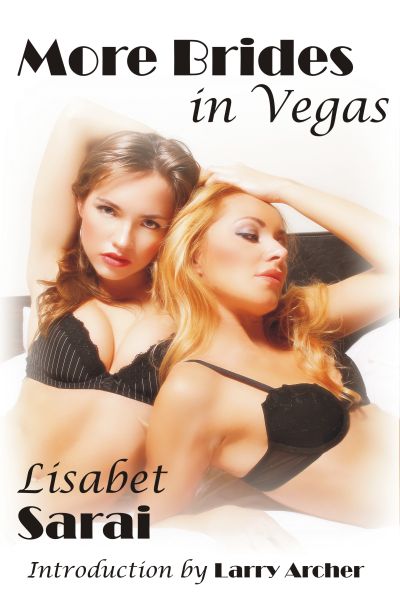 Here’s the cover and blurb for my story. You can find an excerpt on my website (http://www.lisabetsarai.com/morebridesex.html).

Tying the knot — with no strings attached!

Who can resist love at first sight? The minute Ted saw Annie shedding her clothes on stage at The Fox’s Den, he fell head over heels for the petite, busty redhead.

Now Annie and Ted are getting married, and they’ve invited all their friends from that wild Amateur Night to the party. Taking over a vintage eighties motel with a courtyard and pool for their private function, the bride and groom expect a certain amount of carnal excess.

As the wedding guests act out their secret fantasies, they push the limits of both lust and love. Finally arriving at the altar, after an exhausting, arousing twenty-four hours, Annie and Ted realize that tying the knot doesn’t have to mean tying themselves down.

Stay tuned for news about our releases. (You might want to subscribe to my blog Beyond Romance: http://lisabetsarai.blogspot.com.)

Then come join us on the dark side! I guarantee you won’t regret it.

5 Responses to Going Over to the Dark Side