Wow, that hurt! Picking up the paper this morning I find that we’re living in the fourth worst city in the United States and topped only by three other cites. Methinks thou dost protest too much, as Shakespeare used to say but in a narrow fashion, I would be forced to agree with the survey.

I’ve lived in a number of major metropolitan cities, both down south and back east with similar terrible reviews but often the surveys take a narrow view on what’s actually happening. Like the news quote, “If it bleeds, it leads!” generally news has to have some type of shock value otherwise why would you read it?

Sin City, the actual city itself, is only a small part of Las Vegas as a whole and like most metropolitan cities, the core is rotten. Once we zoom into the older parts of a large city, it’s typical to find unemployment, crime, and rotten living conditions.

Right or wrong, the typical thing most people do is move away from the inner city if you have a decent job, which exacerbates the problem for those who remain. Now if you want to talk about education, I agree that Las Vegas in general sucks big time. But how much education do you need to strip, vacuum, park cars, or make beds?

Thankfully, we have no kids to worry about educating as I’d probably move back to the mid-west where we came from.

From our standpoint, Vegas is a great place to live and party in. The action is 24×7 and it’s virtually impossible to find a store that’s closed. After selling my business, we’d moved out here to retire as the crappy weather and tornadoes in the mid-west was getting old. My wife plays tournament Texas Hold-Em poker and loves being on the Strip as it’s her type of place, being the “A” type that she is.

She does relatively well at poker, being smart and a natural player. Plus having a nice rack and never wearing a bra, always keeps her opponents distracted. She’s not opposed to playing dirty to win! LOL

Me being more of a laid back person, I enjoy the more relaxed pace away from the hustle of the Las Vegas Strip. We’ve been in the Lifestyle for years and once you get plugged in, there is always a house party or some other event to attend. Also with all the conventions that come to town, including the AVN awards, there is a constant flow of new people to meet.

While I haven’t seen any crime statistics on Las Vegas as a whole, generally speaking, once you move away from the older portions of town, it seems reasonably safe and like a lot of other cities. Certainly not 4th in the nation.

We live in a reasonably affluent gated community away from the Strip and our next door neighbor is a dancer at one of the top gentlemen’s clubs in town. Here strippers have to pay $100 per night to dance but our neighbor seems to do pretty well. She owns four or five houses and is not your typical stripper.

Generally speaking, most strippers stick their money up their nose or give it to their boyfriend, who plays in a band but our neighbor is an exception. She recently gave her boyfriend a new Acura. She’s a little Asian girl who drives a Yukon Denali, so she does all right.

After being retired for about six months, I couldn’t take it any longer. There is only so much Oprah and Doctor Phil, you can watch. My degree is in engineering and I was lucky to pick up a nice gig where I can work with a minimum of responsibility and just enjoy life. 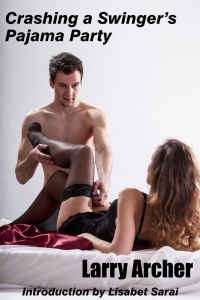 My real love is writing erotica and having a decent day job allows me to write my stories without having to worry about keeping the wolf away from the door. I get to write without having the pressure of making money to pay the bills. But after having said that, if you buy my smut, thank you!

So if you’re looking for a new place to live, join us in Sin City where you trade 3-4 months of heat for 8 months of showgirls, casinos, beautiful weather, no tornadoes, no hurricanes, little rain, few bugs, and no mosquitoes.

Crime rates in Las Vegas — violent crime in particular — detract considerably from quality of life in the city. With 2,136 violent crimes — a category comprised of aggravated assault, robbery, rape, and murder — for every 100,000 Las Vegas residents in 2016, Las Vegas ranks as the most dangerous city in the United States. Property crime is also a major problem in Sin City. Property crimes include larceny, burglary, and motor vehicle theft, and there were 7,268 property crimes from every 100,000 Las Vegas residents in 2016, more than in all but five other cities nationwide. With lower crime rates, Las Vegas would likely not rank among the worst U.S. cities.