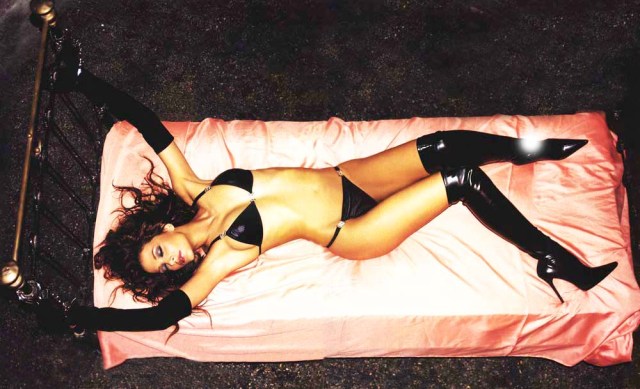 Possibly like a lot of guys, one of your school friend’s mom was a hottie and was well aware of being a sexpot. Maybe she was a Hotwife?

Our best friends are a cuckold/Hotwife couple that we run around with all the time. She’s maybe fiftyish but with a body that would make most thirty-year-olds green with envy. Long blonde hair, blue eyes, large jugs, nice curves, and a complete nymphomaniac. When her and my wife are together, there is no end to the mayhem they start.

Her husband loves to watch her and likes to hide in the closet, which I think reinforces the idea that he’s spying on her.

Here’s excerpts on a several of my stories that feature Hotwives and the husbands who love them. 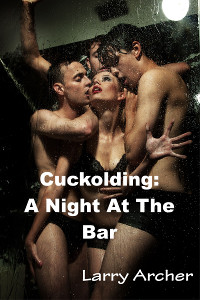 Click here for “A Night at the Bar” buy links. 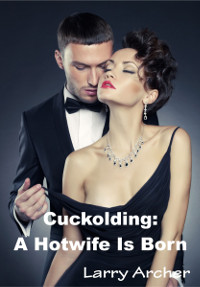 Gretchen sees potential in Tina and introduces her to the sexy world of clubbing, where she and Gretchen are on the outlook for young and virile studs to party with. Tina becomes caught up in a world of non-stop sex as she samples everything she finds including the girls.

Tina’s husband Ryan grows suspicious of his wife, who comes home late at night wearing micro-mini’s and little else. After installing secret video cameras to monitor their bedroom, he finds his worst fears are true but realizes that he is not really mad but aroused at watching his wife and her girlfriend with the Bulls they bring home.

Click here for “A Hotwife is Born” buy links.

The actresses look familiar but it wasn’t until the end of the movie that he got a good at the cream covered girl’s faces and realizes he’s just jerked off to his wife and his best friend’s wife as they were gangbanged by a group of well hung studs.

His revulsion quickly turns to excitement as he realizes that this is not their first movie. Follow Ralph as he and his best friend track down the studio and get to watch their wives make another movie, while they witness the action from a hidden room.

Caution: Your mother told you that playing with yourself would cause you to go blind. Reading this box set may definitely make you wear glasses!

The Watchers: (36,000 words) is a tale about Gene, an insurance adjuster, who is having a mid-life crisis after 20 years of marriage. Imagine that you’ve just finished a mind numbing statistics seminar and are sitting in a hotel bar having a drink, when you pick up on the conversation two guys next to you are having about a Sex Show.

You hear the words Sex Show and your ears perk up. As you listen, you discover that for one-hundred dollars you can watch people having sex right in front of your eyes. For someone who looks at wrecked cars and damaged houses for a living, a sex show sounds irresistible.

The sex show turns out to be everything Gene could hope for and much more. Being a newcomer, one of the resident MILF’s took a special interest in Gene and made the experience extra enjoyable. But at the end of the show, he was shocked to discover that one of the actresses is his sweet innocent wife of twenty years.

At first appalled, disgusted, and sick at his stomach at what he’s seen, he can’t seem to keep from looking at the pictures and movies one of the girls sends him. Read as Gene attempts to deal with the fact his wife is not what she seems and what is he going to do?